The Parallel Between Family Immigrant Detention and Japanese Internment 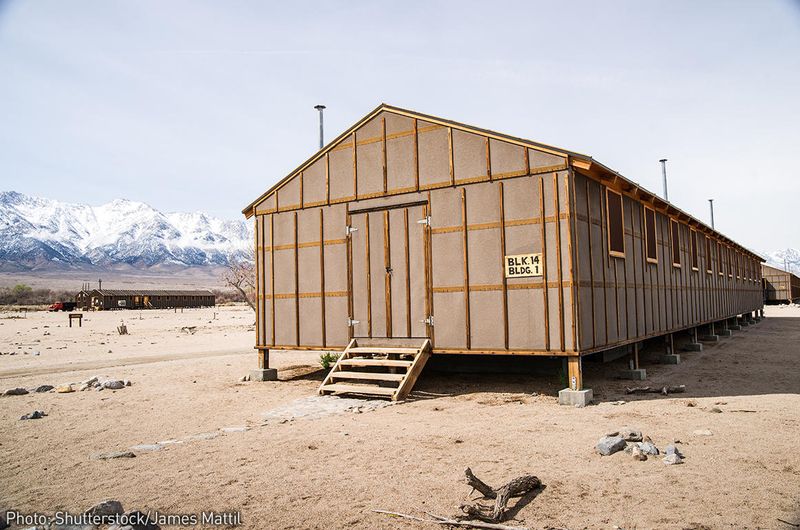 The Obama administration's controversial family immigration detention policies continue to be in the news.  Earlier this week, 136 House Democrats sent a letter to DHS Secretary Jeh Johnson asking the administration to end its family detention policy. The letter, which includes a majority of House Democrats, including Democratic Leader Nancy Pelosi and Democratic Whip Steny Hoyer, was lead by Reps. Zoe Lofgren, Lucille Roybal-Allard, and Luis Gutiérrez.

The impacts of detention of immigrant women and children in centers in Dilley and Karnes, Texas are discussed in these two pieces of commentary.  Both compare modern day family immigrant detention with the U.S government's internment of the Japanese during World War II.

Carl Takei in this piece on the ACLU blog "Speak Freely" concludes:

"ICE's misguided effort to build child-friendly prison camps repeats the inhumanity that the U.S. government inflicted on Japanese-American families during World War II. If Obama administration officials implementing family detention ignore the lessons of the past, they will assure their own ignoble place in history."

In this piece on the Huffington Post, a licensed family therapist who was born in the Tule Lake internment camp concludes in a similar fashion:

"It has been a life-long mission for me to educate others about this dark chapter of American history with hopes that it would never happen again. The incarceration of innocent women and children seeking asylum in America tragically replicates the racism, hysteria and failure of political leadership of 1942."

The historical comparison of family immigrant detention and the internment of persons of Japanese ancestry is food for thought.   The harshness of the policies, as well as their clear racial impacts, should cause all -- even supporters of increased immigration enforcement -- to pause to think about what we are doing as a nation to desperate people in need of help.