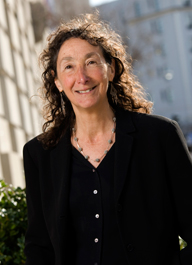 Professor Musalo directs the Center for Gender & Refugee Studies and the Refugee and Human Rights Clinic. She is lead co-author of Refugee Law and Policy: An International and Comparative Approach (4th edition), and has contributed to the evolving jurisprudence of asylum law through her scholarship, as well as her litigation of landmark cases. Professor Musalo was lead attorney in Matter of Kasinga (fear of female genital cutting as a basis of asylum), which continues to be cited as authority in gender asylum cases by tribunals from Canada to the United Kingdom to New Zealand. She was co-counsel in the Ninth Circuit en banc decision, Abebe v. Gonzales, and attorney of record in Canas-Segovia v. INS and Ramirez-Rivas v. INS. She represented Rody Alvarado, whose case was a landmark in the struggle for the right to asylum for women fleeing domestic violence. She also represented Ms. L-R-, the asylum seeker from Mexico whose high profile victory broke additional ground on the issue of gender asylum.