Immigration Article of the Day: Immigration and Disability in the United States and Canada by Mark Weber 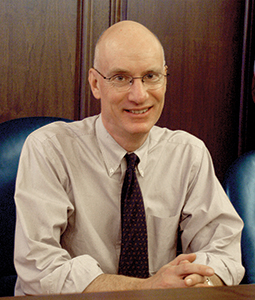 Immigration and Disability in the United States and Canada by Mark C. Weber, DePaul University College of Law May 15, 2015 Windsor Yearbook of Access to Justice, Forthcoming

ABSTRACT:  Disability arises from the dynamic between people’s physical and mental conditions and the physical and attitudinal barriers in the environment. Applying this idea about disability to United States and Canadian immigration law draws attention to barriers to entry and eventual citizenship for individuals who have disabilities. Historically, North American law excluded many classes of immigrants, including those with intellectual disabilities, mental illness, and physical defects, and conditions likely to cause dependency. Though exclusions for individuals likely to draw excessive public resources and those with communicable diseases still exist in Canada and the United States, in recent years the United States permitted legalization for severely disabled undocumented immigrants already in the country, and both countries abolished most exclusions from entry for immigrants with specific disabling conditions. Liberalization also occurred with regard to U.S. naturalization requirements.

Challenges continue, however. Under U.S. law, vast discretion remains with regard to the likely-public-charge exclusion, because consular officers abroad decide unilaterally whether to issue immigrant visas. Moreover, conduct related to mental disability, including petty criminality, can result in removal from the United States, and individuals with mental disabilities have only modest safeguards in removal proceedings. In Canada, families who have children with disabilities find themselves excluded from legal status because of supposed excessive demands on public resources, although an individual’s disability may provide grounds for avoiding removal in some cases. The relaxation of some exclusions in Canada and the U.S. and of U.S. requirements for citizenship illustrates a significant, though conspicuously incomplete, removal of disability-related barriers in North American law and society.