Immigration Article of the Day: Constructing Crimmigration: Latino Subordination in a 'Post-Racial' World by Yolanda Vázquez 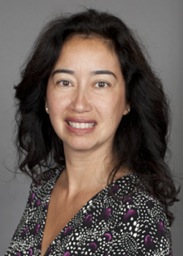