Immigration Article of the Day: The Arc of Reform?: What the Era of Prohibition May Tell Us About the Future of Immigration Reform by Andrew F. Moore 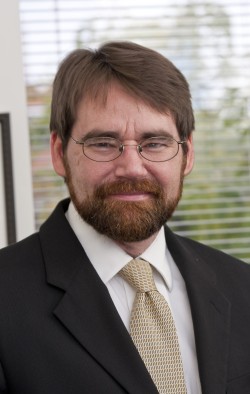 The Arc of Reform?: What the Era of Prohibition May Tell Us About the Future of Immigration Reform by Andrew F. Moore , University of Detroit Mercy - School of Law April 13, 2015 Georgetown Immigration Law Journal, Vol. 28, No. 3, 2014

Abstract:  This piece develops an observation made by Kevin Johnson (Dean, U.C. Davis School of Law and Immigration Law scholar) that current U.S. policy concerning undocumented immigration is reminiscent of the era of Prohibition. In his book Opening the Floodgate: Why America Needs to Rethink Its Borders and Immigration Laws, 176-79 (2010), Dean Johnson briefly draws a parallel showing how unenforceable laws produce negative consequences such as increased criminalization, excesses by law enforcement officers, and tremendous backlogs in courts. I look back at the history of Prohibition and identify how the movement for a national ban on alcohol found common cause with the nativist movement that produced the first overall quotas on immigration. It was the establishment of quotas and restrictions on visas that generated the legal possibility of a significant number of people in the country who are “illegal”. From this starting point, I trace the history of our treatment of the southern border and the patterns of migration that developed into the problem we have today. In addition to the negative consequences Dean Johnson identifies, I also note several other common themes from the era of Prohibition that are reflected in our current debate over immigration reform and the border: the significance of claims about threats to sovereignty, the inconsistent role of states in enforcement, the similar terms of debate about the importance of law enforcement, and the implications for national identity. The final part of my paper examines our current debate on comprehensive immigration reform. It seems that the lessons Prohibition would teach us are not being heeded. Our current debate is unable address undocumented immigration in the same way our nation confronted the failure of Prohibition, due primarily to the segregated and concentrated nature of the undocumented population and the fact that states are limited in their enforcement efforts. However, demographic shifts in the U.S. and the growing inter-connectedness of the U.S. and its southern neighbors may change the political dynamics. If so, then the history of Prohibition may ultimately provide a valuable lesson. Just as shifts in population in the 1920s doomed Prohibition, so it may be that the future of immigration reform is one of greater freedom of movement across the border rather than more enforcement to keep people out.