From the Bookshelves: Immigration Law & the Military, 2nd Edition by Margaret D. Stock 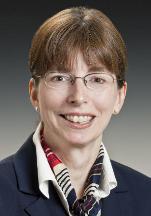 U.S. military personnel who marry citizens of other countries

Children of U.S. military personnel who are adopted overseas and are in need of immigrant/nonimmigrant visas

Immigration Law & the Military is the only resource available that gives you the tools to tackle issues such as:

In addition to the above topics,Immigration Law & the Military explores common military-related issues through real case examples and provides information on special resources available to military personnel and their family members. Confidently handle immigration cases for military personnel and their families with the help of a top expert in the field.

As a retired Lieutenant Colonel in the Military Police, U.S. Army Reserve, Margaret Stock has extensive experience with U.S. military issues. She has also worked as a professor at the United States Military Academy at West Point, and as an adjunct instructor at the University of Alaska. Margaret is a member of the board of the Federal Bar Association’s Immigration Law Section and a former member of the American Bar Association’s Commission on Immigration. In 2013, she was named a MacArthur Foundation Fellow by the John D. & Catherine T. MacArthur Foundation.