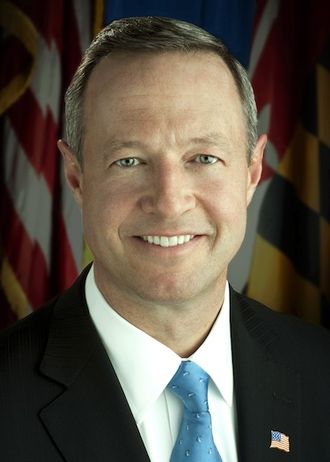 CNN reports that former Maryland Governor Martin O'Malley launched his presidential campaign yesterday with an appeal to the Democratic Party's progressive base as an alternative to Hillary Clinton. O'Malley governor kicked off his campaign in Baltimore, the city where he was once mayor.

O'Malley's supporters claim that he has a record of work on issues of concern to Latinos and immigrants that rivals that of Hillary Clinton. Several Latino leaders consider him a stronger ally on immigration and support of the Latino community. "Martin O'Malley, in his history as governor of Maryland, has been a real hero for the immigrant community. He not only supported many groundbreaking reforms in the state, he also became a national spokesperson for immigrant families and their human rights, especially the unaccompanied minors who arrived in droves on the border last year," said Kim Propeack, chief of political communication for CASA de Maryland - Maryland's largest immigrants services and rights organization.

"Bringing undocumented immigrants out of the shadows will grow our economy, expand our tax base, create jobs and lift wages–benefiting our country as a whole. We must boldly advance comprehensive immigration reform, while also using executive action to its full authority to end unnecessary detentions and expand deferred action. As Americans, when refugee children arrive on our doorstep, we shouldn’t turn them away—we should act like the generous, compassionate people we are."