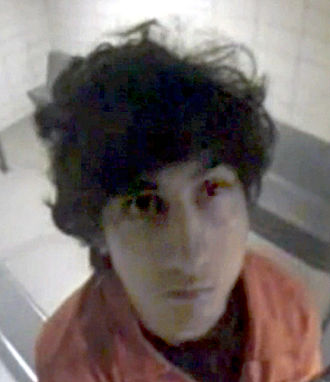 The Boston Marathon bomber trial has come to an end.  As the Boston Globe reports, the federal jury that watched Dzhokhar Tsarnaev durung the three month trial sentenced him to death for detonating a bomb amid Boston Marathon spectators. Tsarnaev is the first terrorist condemned to death by a jury in the United States in the post-9/11 world.

The unanimous verdict brought to a close a legal drama that has unfolded on the South Boston waterfront since January, with searing testimony about the bombings that killed three, took the limbs of 17 others, and injured hundreds more.

The death sentence automatically sets in motion an appeals process that could last more than a decade.