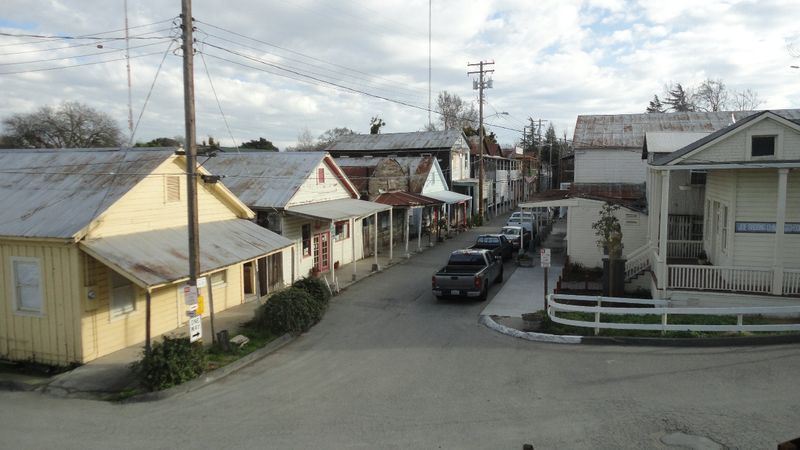 The rural Chinese-American town of Locke on the Sacramento Delta in California is celebrating its 100-year anniversary this weekend. A fire in 1915 caused Chinese immigrants from Walnut Grove to approach landowner George Locke to build a town on his land. Locke agreed and they began built Locke. The 100th anniversary celebration, called the “The Legacy Lives On,” was held yesterday.

Here is a brief official history of the town of Locke from its website:

Locke was founded in 1915 after a fire broke out in the Chinese section of nearby Walnut Grove. The Chinese who lived in that area decided that it was time to establish a town of their own. A committee of Chinese merchants, led by Lee Bing, Chan Hing Sai, Tom Wai, Chan Dai Kee, Ng So Hat, Chan Wai Lum, Chow Hou Bun, and Suen Dat Suin was formed. They approached land owner George Locke and inquired if they could build on his land. An agreement was reached. The town was laid out by Chinese architects and industrious building ensued. The founding of Lockeport, later 'Locke', was a reality. By 1920 Locke stood essentially as you see it now. Levee construction originally brought the Chinese to this area, but by the time Locke was built most of the work was in farm labor. Locke had many businesses that catered to the farm workers and residents of this region. In the 1940's restaurants, bakeries, herb shops, fish markets, gambling halls, boarding houses, brothels, grocery stores, a school, clothing stores, and the Star Theatre lined the bustling streets of Locke. At its peak 600 residents, and as many as 1500 people occupied the town of Locke. On August 2, 1970, Locke was added to the registry of national historical places, by the Sacramento County Historical Society, because of its unique status as the only town in the United States built exclusively by the Chinese for the Chinese. Locke is no tourist trap, nor is it a ghost town. Its unusual, out-of-the-way charm is genuine. Perhaps it is this authenticity, without any hypocritical overtones, which brings so many out of town visitors to its doors.

Steve Magagnini of the Sacramento Bee has a nice historical retrospective on Locke, once known as the "Monte Carlo" of the state of California.  The National Park Service provides more in-depth information about Locke and Walnut Grove, referring to the communities as "Havens for Early Asian Immigrants in California."  Other histories can be found here and here