Neil Genzlinger conducts an exhibition review of the rebuilt Ellis Island in today's NYT.  New exhibitions are up at the Ellis Island National Museum of Immigration. He discusses one of the new features of the museum: an illuminated globe (pictured below courtesy of Emon Hassan for the NYT). 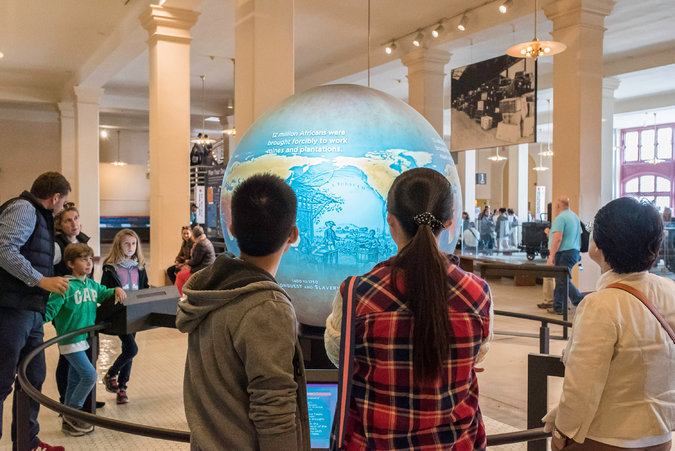 "One other thing is new at Ellis, and it puts everything else here in a whole different context. It’s a stunning illuminated globe in the main hall, onto which is projected a narrative of human migration since the species first appeared. The movement of people from one place to another, it turns out, isn’t an Ellis Island thing or even an American thing; it’s a human thing, driven by need and hope and oppression and opportunity."