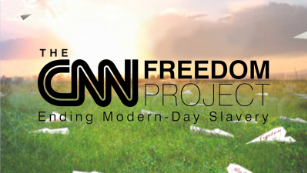 The CNN Freedom Project wants to amplify the voices of the victims of modern-day slavery, highlight success stories and help unravel the tangle of criminal enterprises trading in human life. "

Here is the Freedom Project's latest report.  When Kieu was 12, her mother asked her to take a job. But not just any job. Kieu was first examined by a doctor, who issued her a "certificate of virginity." She was then delivered to a hotel, where a man raped her for two days. In 2013, the Freedom Project went to Cambodia with Oscar-winning actress and UNODC Goodwill Ambassador against Human Trafficking, Mira Sorvino. The result was "Every Day in Cambodia: A CNN Freedom Project Documentary," which looked at child sex trafficking in the country.