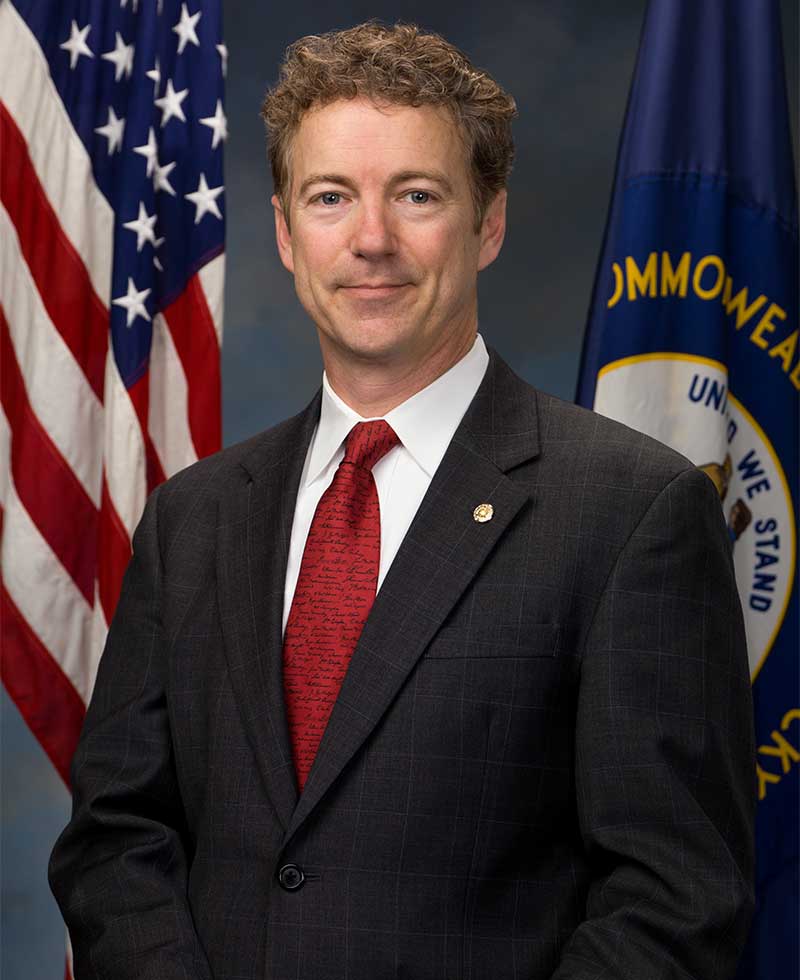 Joining Ted Cruz, Senator Rand Paul (R-KY) announced today that he is running for President. His website, which includes the video that concludes this post, states Paul's positions on immigration, with a stated opposition to an "amnesty" for undocumented immigrants and pledges to "secure the border."

Latin Times looks at Paul's statements on immigration and concludes that he has not taken a firm position on the issue.  Here are some quotes that the story collects on immigration:

“I'm not opposed to letting people work and labor in our country, but we shouldn't provide an easy route to citizenship. We're the only country I know of where a person can come in illegally and that baby becomes a citizen and I think that should stop also.” -- Rand Paul, in an Interview with Russia Today May 2010

“I worry that the Senate is working to consider a series of little-noticed provisions in comprehensive immigration reform that may provide a pathway to a national ID card for all individuals present in the United States – citizens and noncitizens,” -- Rand Paul, in an op-ed, May 2013

“Rand Paul’s position on immigration is that he has no position. He’ll just go with whatever the Republican consensus is at any given moment and try to make it his own.” --Slate’s Simon Maloy, in a column, August 2014

"The 11 million, I think, are never going home, don’t need to be sent home, and I would incorporate them into our society by giving them work visas and making them taxpayers." -- Rand Paul, quoted in Bloomberg, January 2015.

At one point, Paul supported comprehensive immigration reform. While he never wanted to call it “amnesty,” he agreed that undocumented immigrants should receive legal status. In his plan, some would get on a pathway to citizenship, after years of naturalization “probation.”-- Rand Paul, February 2015

Senator Paul did introduce a bill attempting to undo President Obama's expanded deferred action program and equated President Obama's actions with FDR's order to intern persons of Japanese ancestry during WWII.   He opposed Loretta Lynch's nomination for Attorney General, stating that he support for the President's immigration actions was the reason.  Paul opposed the immigration reform proposal backed by Senators Lindsay Graham and John McCain in 2013.

For further analysis of Rand Paul's positions on immigration, click here.  One can understand Senator Paul's ambivalence about immigration and immigration reform.  A politician committed to limited government understandably has a hard time reconciling the incredible power that the U.S. government often exercises over the lives of immigrants in the modern American administrative state.