Racial Profiling of Latinos in the Big Sky State 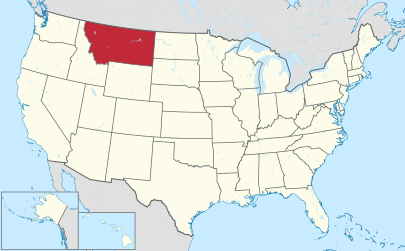 The Bozeman Daily Chronicle reports that Montana Highway Patrol troopers held Latinos stopped for traffic violations based on their appearance and accents, sometimes detaining them for hours, while waiting for federal agents to conduct immigration checks, according to evidence in a recently settled lawsuit. Despite Montana law banning racial profiling, troopers held Latino drivers and passengers and were instructed to arrest them for traffic offenses until federal agents could take suspected illegal immigrants into custody.

According to the article, the Chronicle examined hundreds of MHP internal emails and documents, dashboard camera videos and audio recordings obtained from the attorney who sued the patrol after the lawsuit settled.

A class action lawsuit had been filed by the Montana Immigrant Justice Alliance (“MIJA”)  against the Montana Highway Patrol in October 2013.   It alleged that Patrol officers had engaged in a practice of detaining Latino drivers and passengers for the purpose of checking into their immigration status:

On April 4, 2014, the Montana Department of Justice announced an agreement with plaintiffs to resolve a lawsuit that challenged the manner in which the Montana Highway Patrol (MHP) handled traffic stops involving people suspected of being in the U.S. illegally. The agreement was reached between Attorney General Tim Fox, MHP Colonel Tom Butler, and Attorneys Shahid Haque-Hausrath of the Border Crossing Law Firm, P.C. and Brian Miller of Morrison, Sherwood, Wilson & Deola, PLLP, who represented the plaintiffs in this lawsuit.

As previously reported on April 3 on ImmigrationProf, a final judgment was entered by U.S. District Court Judge Dana L. Christensen, and can be downloaded here.