One Man's Response to the Mediterranean Crisis 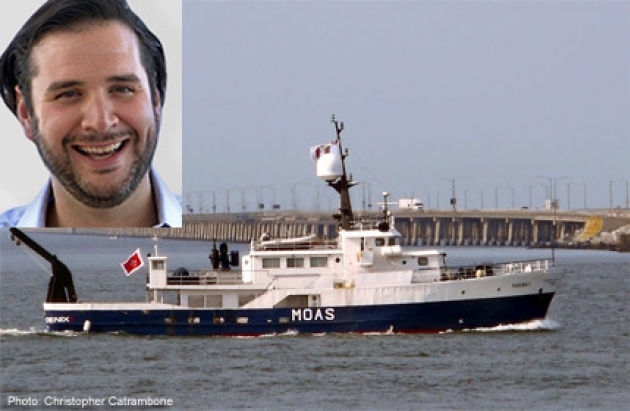 Dying at Europe's Doorstep is a new Bloomberg Businessweek article that covers not only the migration crisis in the Mediterranean Sea but also the individual efforts of Chris Catrambone, a Louisiana native, to address that crisis.

In 2014, Catrambone and his family established a nonprofit: the Migrant Offshore Aid Station (MAOS). They bought a trawler and launched their own search-and-rescue effort to help Mediterranean migrants in crisis.

Last year, they came to the aid of some 3,000 migrants, bringing 1,462 aboard their own ship for hours or days until loaded onto other, bigger ships, or taken to Italian detention centers as directed by the Maritime Rescue Coordination Centre in Rome.

Coming to the aid of migrant-packed ships is not without danger. As we saw this week, the migrant vessel that capsized near Sicily appears to have steered into and collided with would-be rescuers. Migrants also crowded to one side of the boat after the collision causing it to capsize. Only 28 men out of 850 migrants survived that journey.