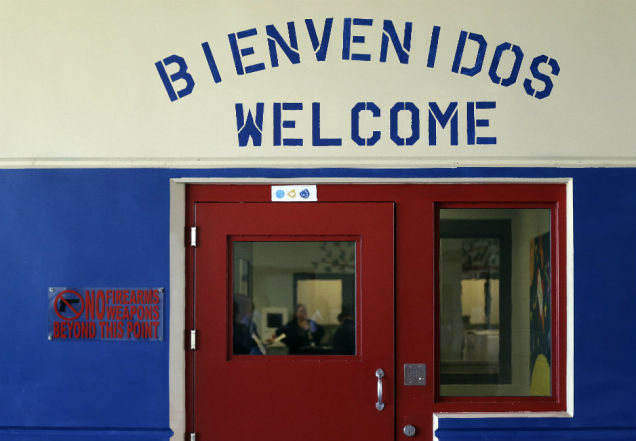 Aura Bogado on ColorLines reports that 78t mothers being held at Karnes County Residential Center have signed a letter demanding their release. The Spanish-language letter suggests that the immigration detainees are staging a hunger and work strike. Located in Karnes County, Texas, and run by the private GEO Group, Karnes been the site of repeated allegations of sexual abuse. Most of these mothers are asylum-seeking Central Americans picked up in the U.S.-Mexico border region. Most have brought their children from Guatemala and El Salvador—countries with some of the highest femicide rates on the planet. The mothers who’ve signed the letter have all been interviewed by immigration officials and have established a credible fear of persecution or torture if they were to be deported. But they either haven’t been given an opportunity to post bond for release, or the bond amount has been set too high. Their letter, in part, reads: