From the Bookshelves: Border Contraband: A History of Smuggling across the Rio Grande By George T. Díaz 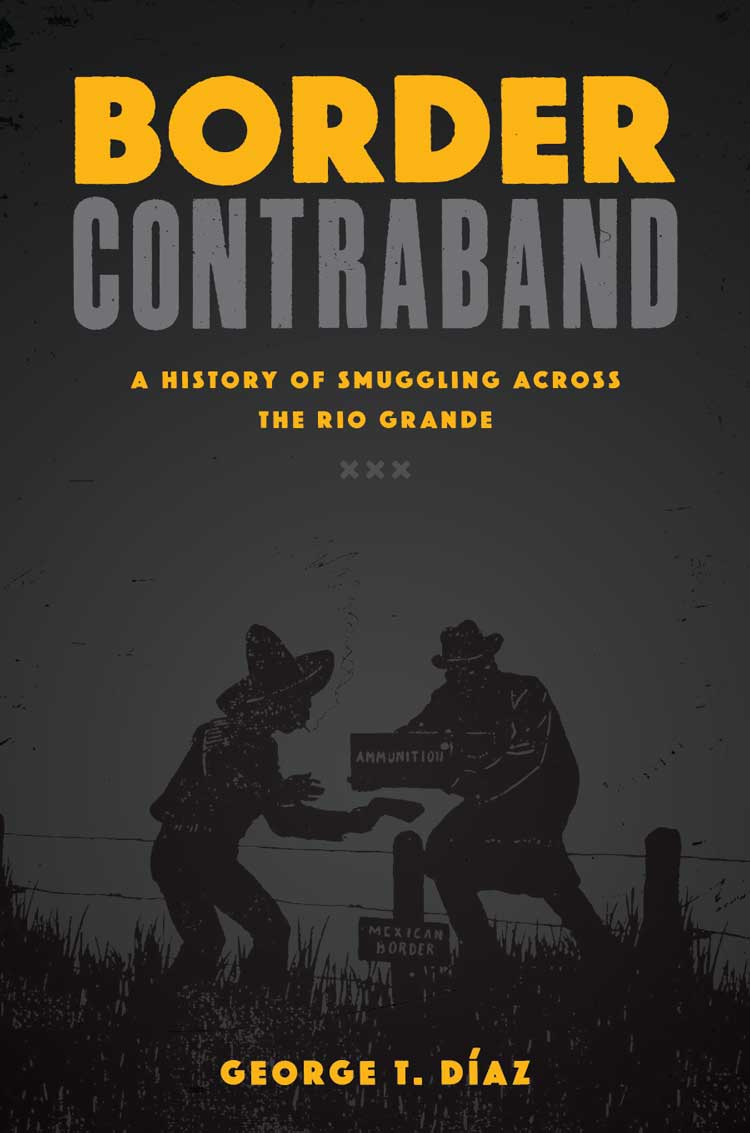 Border Contraband: A History of Smuggling across the Rio Grande By George T. Díaz

In this first history of smuggling along the U.S.-Mexico border, Díaz shows how illicit trade evolved from a common practice of ordinary people into a professional, often violent, criminal activity.

Present-day smuggling across the U.S.-Mexico border is a professional, often violent, criminal activity. However, it is only the latest chapter in a history of illicit business dealings that stretches back to 1848, when attempts by Mexico and the United States to tax commerce across the Rio Grande upset local trade and caused popular resentment. Rather than acquiesce to what they regarded as arbitrary trade regulations, borderlanders continued to cross goods and accepted many forms of smuggling as just.

In Border Contraband, George T. Díaz provides the first history of the common, yet little studied, practice of smuggling across the U.S.-Mexico border. In Part I, he examines the period between 1848 and 1910, when the United States’ and Mexico’s trade concerns focused on tariff collection and on borderlanders’ attempts to avoid paying tariffs by smuggling. Part II begins with the onset of the Mexican Revolution in 1910, when national customs and other security forces on the border shifted their emphasis to the interdiction of prohibited items (particularly guns and drugs) that threatened the state. Díaz’s pioneering research explains how greater restrictions have transformed smuggling from a low-level mundane activity, widely accepted and still routinely practiced, into a highly profitable professional criminal enterprise.