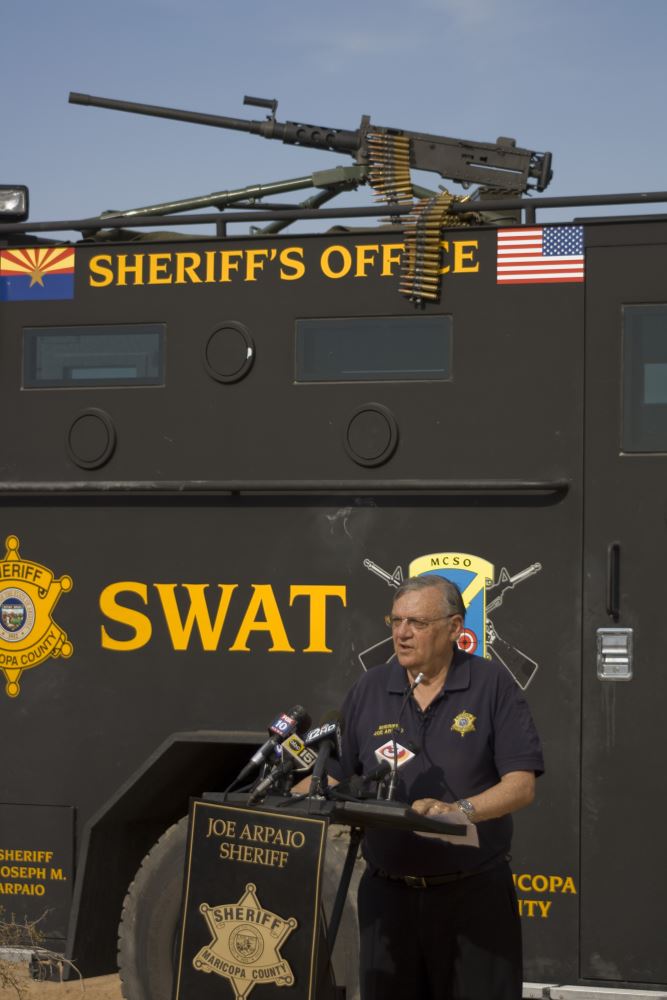 Sheriff Arpaio's contempt proceeding opened with testimony by one of Arpaio's own sergeants, who told the court the Sheriff deliberately violated a judge's orders in the racial-profiling litigation. Sgt. Brett Palmer testified that Arpaio had instructed him to continue enforcing federal immigration law after Judge G. Murray Snow had prohibited the practice. The testimony  supports the claims that Arpaio's failure to abide by Snow's orders were deliberate. A finding of willful violations could result in sanctions, including a referral for criminal contempt proceedings.

In addition, Sheriff Arpaio's attorney, Tom Liddy of the Maricopa County Attorney’s Office, informed the court that he would be requesting to withdraw from the case.