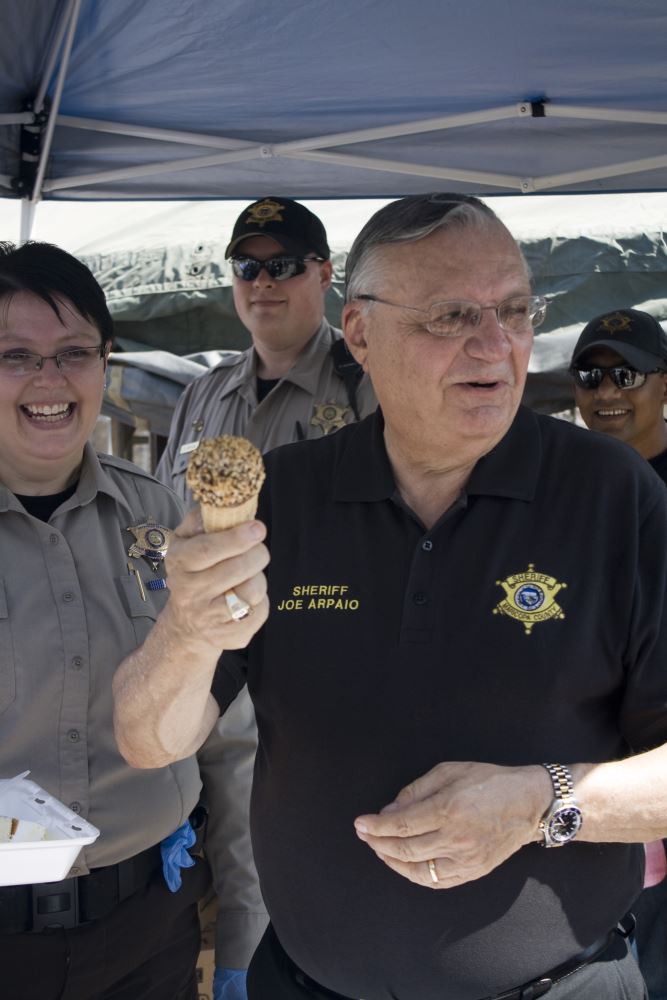 As reported on ImmigrationProf this week, Maricopa County (Arizona) Sheriff Joe Arpaio has had a tumultuous week of hearings in federal court on whether the Sheriff and the Maricopa County Sheriff's Office were in contempt of court in violating the terms of an injunction in a civil rights action.

Jude Joffe Block reports on the hearing on Friday.  Sheriff Arpaio's chief deputy, Jerry Sheridan, took the stand. Sheridan, along with Arpaio, have admitted to violating the judge's orders. The question is whether it was willful.

ACLU attorney Cecillia Wang questioned Sheridan about his role in violating the court's May 2014 instructions for how to collect videos from deputies without giving them the opportunity to destroy evidence of potential misconduct.

At times the testimony was tense. "Be careful about calling me a liar," Sheridan told Wang at one moment when she tried to point to inconsistencies in his actions and previous statements.

Wang also played video clips in court in which Sheridan is seen in a training for deputies calling the court's 2013 racial profiling ruling "crap" and "ludicrous." "I have very few regrets in my entire life on this planet and this was probably my number one regret," Sheridan said.

Sheridan said he was attempting to raise deputies' morale given they were going to be facing new burdens as a result of the court ruling.

The contempt hearings are scheduled to resume in June.