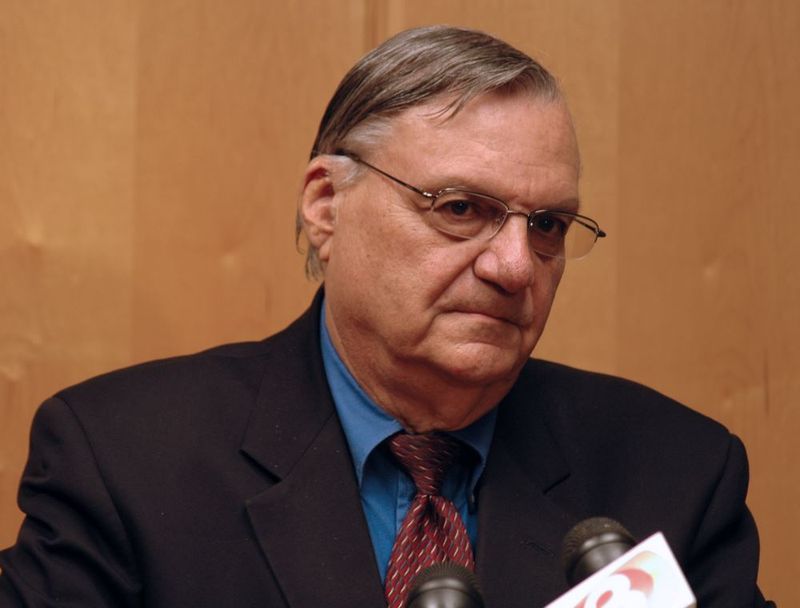 Associated Press reports that Maricopa County (Arizona) Sheriff Joe Arpaio, who had fought to avoid a contempt hearing for his office's alleged failure to comply with an injunction in a civil rights action, acknowledged in his testimony in the hearing that his former lawyer had hired a private investigator to look into the wife of the federal judge presiding over a lawsuit against the sheriff and the Maricopa County Sheriff's Office.

Arpaio finished his testimony and Judge Murray Snow asked him questions, including whether the sheriff was investigating his family.  According to the AP report,

"Arpaio said he believed his former lawyer . . . had hired a private investigator to carry out the secret investigation of Snow's wife. The move stemmed from a purported comment that Snow's wife made about the judge not wanting Arpaio to get re-elected in 2012. Casey declined comment, citing attorney-client privilege, when The Associated Press reached him after the development in court."

Stay tuned for more details as they become available.

After questioning Arpaio on the contempt and immigration matters, Snow shifted his focus to some of the sheriff's more-unorthodox operations, namely involving the sheriff's investigations into public officials. Snow based his questions on allegations cited in a Phoenix New Times article.  The  testimony offered a glimpse into the Sheriff's Office, with Arpaio conceding that the agency employed unreliable informants, private investigators and an unknown amount of public funds to investigate Arpaio's political enemies. Arpaio said he had come into the possession of an e-mail from a tipster who claimed to have met Snow's wife at a restaurant, and that Snow's wife said the judge "wanted to do everything to make sure I'm not elected." Arpaio said his counsel then hired a private investigator to look into the matter. "Results confirmed that your wife was in that restaurant," Arpaio told Snow. "I guess (the investigator) talked to the witness, confirmed that that remark was made."

Arpaio further acknowledged that some time in 2013, county funds were used to conduct investigations into the Department of Justice.

For a radio report by Jude Joffe-Block and Steve Goldstein on the new development in Sheriff Arpaio's case, click here (and here).  Wonkette offers a lighter look at Sheriff Joe's private investigator woes.  Even without Sheriff Arpaio's stunning revelation, it appears that counsel for the plaintiffs Stanley Young , a partner at Covington and Burling LLP, has made the Sheriff's appearance on the witness stand a challenging experience. "Think To Kill a Mockingbird's Atticus Finch doing Jedi mind tricks on an addled Emperor Palpatine."

In the comments to the Arizona Republic article reporting on the developments in the contempt hearing, there currently (April 24, 3 p.m. PST) appear to be few defenders of Sheriff Arpaio's use of a private investigator to take a look at Judge Snow's wife.  In my experience, many of the comments to immigration articles are not very sympathetic to immigrants generally.  Perhaps there is a consensus that Sheriff Arpaio has crossed the line in this instance.