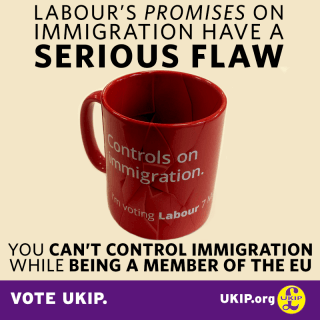 ImmigrationProf has previously reported on immigration as an issue in the upcoming elections in the United Kingdom.  This Migration Policy Institute article by Will Sommerville provides valuable insights on the issue.

Immigration has featured early in the opening week of the United Kingdom’s general election campaign, which officially began on March 30, 2015. Prime Minister David Cameron was pressed on the issue in a televised interview and the Labour Party was criticized for producing campaign mugs emblazoned with pledges to control immigration. As voters head to the polls on May 7, it remains to be seen how central the often-roiled debate over migration will be in what is a deeply unsettled election year.

Immigration is a key political issue, brought about through major changes in immigration patterns over the past two decades, significant policy changes that have failed to reassure the public, and the rise as a political force of the United Kingdom Independence Party (UKIP)—which has pressed for a temporary ban on new immigration. Paradoxically, immigration may have less visibility during the general election, given the issue is now political poison for the major parties.