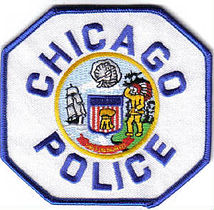 Alan Gomez in USA Today reports that law enforcement agencies are turning to immigrants to fill vacancies. Most agencies in the country require officers or deputies to be U.S. citizens, but some are allowing immigrants legally in the country to wear the badge.

From Hawaii to Vermont, agencies are allowing green-card holders and legal immigrants with work permits to join their ranks. At a time when 25,000 noncitizens are serving in the U.S. military, some feel it's time for more police and sheriff departments to do the same. That's why the Nashville Police Department is pushing the state legislature to change a law that bars noncitizens from becoming law enforcement officers.

Some, like the Chicago and Hawaii police departments, allow any immigrant with work authorization to become an officer. That means people in the country on temporary visas or are applying for green cards can join. Colorado State Patrol Sgt. Justin Mullins said the department usually struggles to fill trooper positions in less populous corners of the state, including patrol sectors high up in the mountains. He said immigrants from Canada, the Bahamas, the United Kingdom, Mexico and Central America who are willing to live in those remote places have helped the agency fill those vacancies.