Selena: Twenty Years Ago Today, The Queen of Tejano 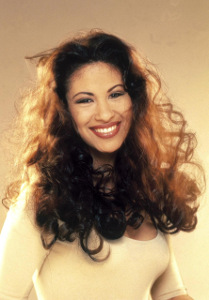 Twenty years ago today, on March 31 1995, Latino superstar Selena was shot and killed by a devoted fan and former employee. The Grammy-winning singer was just 23 years old at the time.

Selena Quintanilla-Pérez, known by as Selena, was an American singer. Called the Queen of Tejano music, her contributions to music and fashion made her one of the most celebrated Mexican American entertainers of the end of the 20th century. She was named the "top Latin artist of the '90s" and "Best selling Latin artist of the decade" by Billboard magazine.