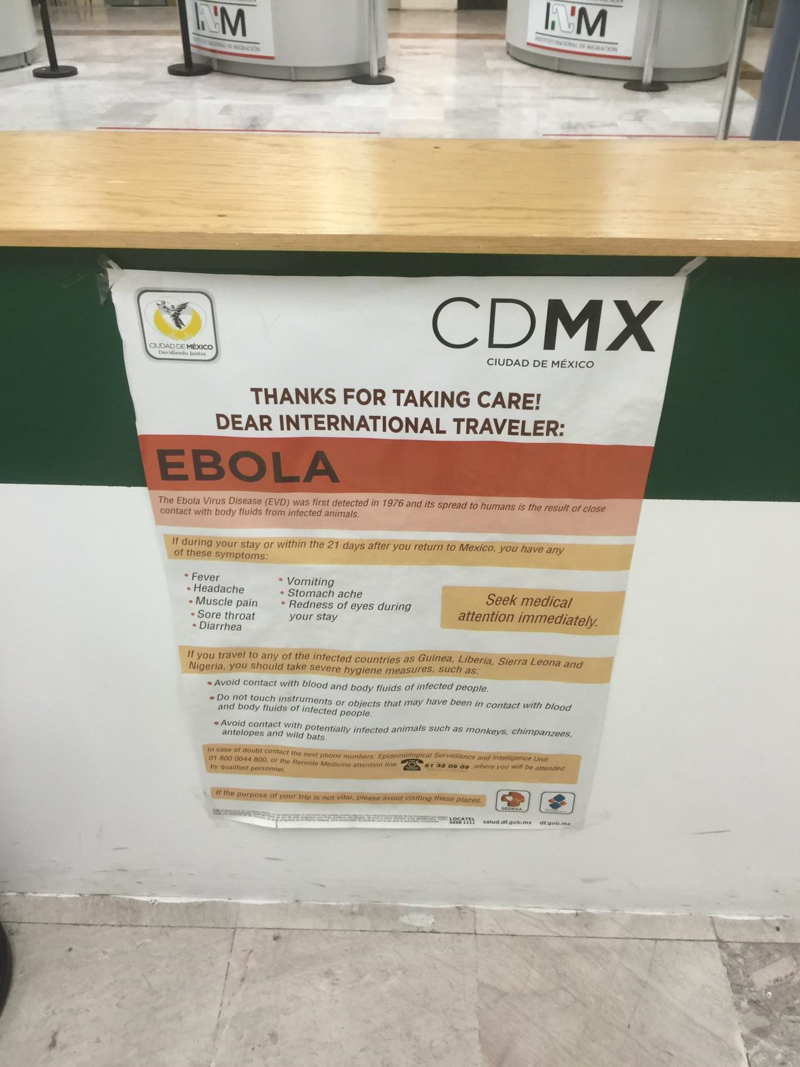 Given what I know about immigration law and enforcement, I find it interesting to travel internationally and experience immigration controls firsthand.  This week, I made a trip to Mexico City for an immigration conference and had some fun.

Having grown up in Southern California, I have traveled to Mexico for years, often on short vacations to the beaches in Baja California.  Travel to Mexico from the United States for U.S. citizens has changed significantly in recent years, with U.S. citizens now required to present passports upon return to the United States.  It goes without saying that migration controls are tighter on both sides of the border than they once were.

Outside of the migration controls, there have been changes in how one thinks of trips to Mexico.  Namely, safety is a concern.  The U.S. Department of State issued its most recent a travel advisory in December 2014, warning of crime (including kidnappings) in certain parts of Mexico.  (I must say that, during my short stay, Mexico City seemed as safe as any other metropolis that I had visited in recent years; the police on the streets and roads appeared very well-armed).

As the sign pictured above indicates, Mexico, like many other nations (including the United States), has taken steps to stop the spread of the Ebola virus and calm public fears.  I am not sure if any sign that has "EBOLA" in capitals will calm anyone, however.

The Mexican immigration and customs officials were efficient and respectful.  It was a relatively quick and easy entry.  I had to fill out a couple of forms, one for immigration purposes, the other for customs.  I must say that I was less worried about the encounter than I was on trips to Germany and China (perhaps because I can speak a tad bit of Spanish and effectively no German or any dialect of Chinese).   The overall time for the inspection was less than an hour, with most of the time waiting in line with other travelers.

The return to the United States was uneventful enough.  Respectful and professional, if not warm and friendly, are words that best describe the U.S. immigration and customs officers.  The immigration check was a matter of seconds and I was waved through customs.  Overall, I cleared immigration and customs in about one half hour, with relatively short waits in line with other U.S. citizens.

The most challenging part of the entire trip was not immigration, customs, or the airports.  Rather, it was dealing with the traffic gridlock in Mexico City, which makes traffic in my hometown of Los Angeles truly look like a picnic.  Traffic jam doesn't quite capture the scene of clogged cars at a standstill in Mexico City streets and roads.  A trip from the airport to UNAM at around 7 in the evening took about 2 hours; it took 1.5 hours on the way back to the airport in the morning.

In any event, the trip was well worth the amazing immigration conference at UNAM.