Judge Hanen’s Misconceptions and the Legality of Deferred Action 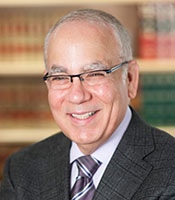 "DAPA deserves to be upheld on its merits, and, for that reason, I concur in Judge Hanen’s generous treatment of standing and constrained view of nonreviewability. But agencies should not be discouraged through the imposition of onerous public comment-and-response requirements from casting their nonenforcement policies as clear public statements of enforcement priority and implementation strategy. DAPA is a plainly lawful exercise of the DHS Secretary’s responsibility to set national enforcement priorities and his authority to make rules appropriate to implementing our immigration laws. A court with a more clear-eyed view of DAPA should say so on the merits." (emphasis added).