EU Policies on Mixed Migration Flows in the Mediterranean Sea 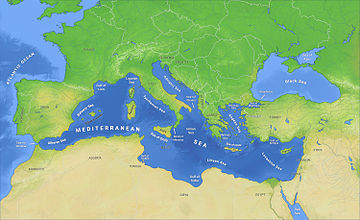 ImmigrationProf recently reported on efforts to save migrants making the journey to Africa on the Mediterranean Sea.  This report, EU Policies on Mixed Migration Flows in the Mediterranean Sea by Julia Gour, considers the tragic deaths of over 300 people off the coast of Lampedusa in 2013 and many other incidents involving migrants from Middle East and North Africa (MENA) crossing the Mediterranean in order to seek refuge in Europe.  The deaths have led to a debate in the European Union on asylum policies and how to deal with irregular migration. However, no concrete policy has been agreed since the tragic events at Lampedusa in 2013 and continuous crossings that have resulted in many more deaths.

This background brief provides an overview of the existing EU policies on asylum seekers and in addressing irregular migration and some of the actions which the relevant Member States take when confronted with continuous flows of irregular migrants. This brief concludes that the EU should delink the rescue of irregular migrants from security concerns, provide a legal basis which offers protection to irregular migrants, and create a transparent working environment in which member states are better able to support each other when dealing with such events.