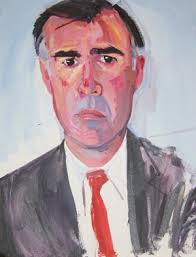 Although in the 1990s California was a trendsetter in tough immigration measures (with Proposition 187 a sterling example), it is not one of the 26 states that has sued the U.S. government in Texas v. United States in an attempt to shut down the Obama administration's expanded deferred action program.  Indeed, the state has moved in a different direction, such as allowing undocumented immigrants to be issued driver's licenses, limiting local law enforcement cooperation with U.S. immigration authorities through the California TRUST Act, and like measures.

California Gov. Jerry Brown (D) told reporters on Friday that the states that sued the federal government to halt relief for undocumented immigrants are "declaring war" on those immigrants and the people who support them. "They are taking a stand against a very large group of people who tens of millions of Americans identify with and sympathize with," he said in remarks outside the White House. Never one to mince words, Brown said that "I would say the Republican position at best is troglodyte and at worst un-Christian."

In February, the Governor's office issued this statement:   "California stands firmly with the White House. Further delay will not fix our broken immigration system." Since taking office Governor Brown has signed the Dream Act, which allows top students who are on the path to citizenship to apply for college financial aid; AB 60, which extends the legal right to drive on the state's roadways to millions more Californians; and a number of other bills to enhance school, workplace and civil protections for California's immigrants. Last year, Governor Brown also signed legislation to provide legal services to the unaccompanied minors arriving in California from Central America.

Yesterday, California filed a friend-of-the-court brief with 13 other states and the District of Columbia in support of the U.S. government's  request to stay the preliminary injunction pending appeal of the district court's ruling.