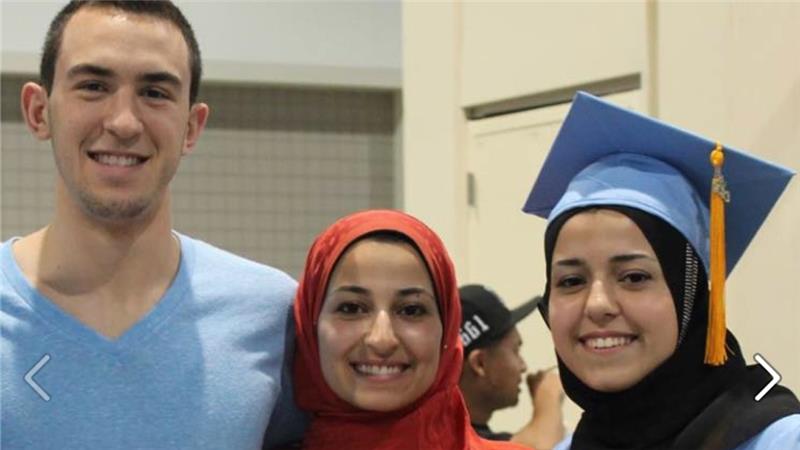 Here is some extremely sad news from North Carolina.

Three university students were shot and killed in a residential complex of the University of North Carolina at Chapel Hill and a suspect has been arrested over the incident. Chapel Hill police told local news outlets that Craig Stephen Hicks, 46, was arrested and charged with killing the three Muslim students. He is being held at the Durham County Jail, and is expected to make a first court appearance Wednesday morning.

In a statement posted online, Chapel Hill police said that "preliminary investigation indicates that the crime was motivated by an ongoing neighbour dispute over parking." "We understand the concerns about the possibility that this was hate-motivated and we will exhaust every lead to determine if that is the case," the statement said quoting Police Chief Chris Blue.  Here is the full statement:

At 5:11 PM yesterday, Chapel Hill Police Officers responded to a report of gunshots in the area of Summerwalk Circle in Chapel Hill. When officers arrived, they located three subjects who had been shot. All three subjects were pronounced dead at the scene.

The Chapel Hill Police Department has arrested Craig Stephen Hicks, 46 years of age, of 270 Summerwalk Circle, Chapel Hill. Mr. Hicks has been charged with 3 counts of 1st Degree Murder for the murders of;

- Yusor Mohammad 21 years of age of Chapel Hill, and

Mr. Hicks is currently being held, without bond, in the Durham County Jail.

Our preliminary investigation indicates that the crime was motivated by an ongoing neighbor dispute over parking. Hicks is cooperating with investigators and more information may be released at a later time.

“Our investigators are exploring what could have motivated Mr. Hicks to commit such a senseless and tragic act. We understand the concerns about the possibility that this was hate-motivated and we will exhaust every lead to determine if that is the case. Our thoughts are with the families and friends of these young people who lost their lives so needlessly,” said Chief Chris Blue of the Chapel Hill Police Department.

The victims were identified as 23-year-old Deah Shaddy Barakat, his 21-year-old wife, Yusor Mohammad, and her sister, 19-year-old Razan Mohammad Abu-Salha, police said. The university said that Barakat was a second-year student at its dentistry school, his wife was planning on starting there in the fall, while her sister was a student at North Carolina State University.

According to the New York Times, "Global outrage over the murder of [the] three Muslim students in North Carolina spread quickly through social media on Wednesday, with the hashtag #muslimlivesmatter appearing in scores of posts shared all over the world, from Southeast Asia, to the Middle East and Europe."

UPDATE (Feb. 12):  For more from the victims' families about the case and the possibility that it was a hate crime, click here.  Analysis of the incident continues.