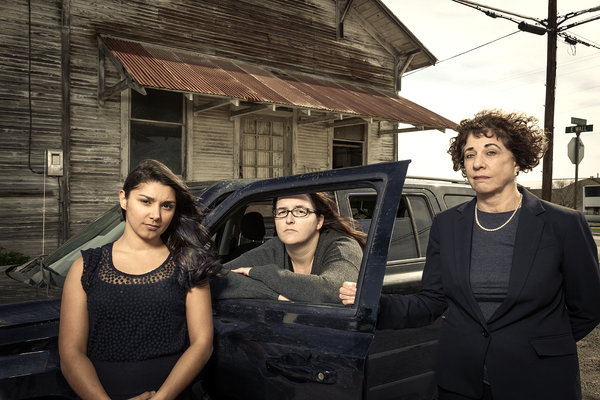 It begins with the story of volunteer attorney Christina Brown, with whom I had the pleasure of working in Artesia. Brown recounts what it was like for her in Artesia - meeting with families desperate to escape violence whose journey landed them in immigration detention in the middle of the desert. Brown ended up as the on-the-ground coordinator for AILA's Arteisa Pro Bono Project. (If you haven't read Stephen Manning's discussion of Artesia, you're missing out.)

The NYT quotes immigration attorney Allegra Love whose description of Artesia mirrors what I saw there:

It’s a jail, and the women and children are being led around by guards. There’s this look that the kids have in their eyes. This lackadaisical look. They’re just sitting there, staring off, and they’re wasting away. That was what shocked me most.

One of the most fascinating things about the article is the revelation that Brown, while on-the-ground at Artesia for months, was never granted access to see the facility's housing, dining, medical and educational areas.

With the closure of Artesia in December and the shift to family detention in Karnes, the article turns to well-known immprof Barbara Hines, whose personal fight against family detention has been raging for years. (If you haven't seen the documentary The Least of These, which covers Hines' fight against the T. Don Hutto Residential Center, you should really check it out.) Hines has been working to collect pro bono volunteers for the women and children at Karnes - but resources are spread thin.