Missed Opportunities for the Government in Texas v. United States? 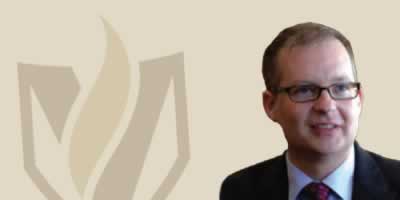 Robert Knowles (Valparaiso) wrote this exclusive for ImmigrationProf on the district court's ruling on Monday in Texas v. United States:

As others have noted, Judge Hanen’s injunction against DAPA and DACA expansion was surprising in one way.  Although his opinion opens with something of the expected cri de coeur condemning the federal government’s immigration enforcement failures and spends the first 100 pages largely addressing threshold standing and reviewability issues, his decision to impose the injunction rests entirely on a sleeper issue discussed on page 102—whether DHS complied with the APA’s Section 553 notice-and-comment rulemaking requirements.

DHS didn’t undertake notice-and-comment before issuing its DAPA/DACA guidelines because it believed it wasn’t required to.  There are several exceptions to the Section 553 requirements, but before Judge Hanen, DHS did not specifically invoke any of them.  Instead, it argued that notice-and-comment wasn’t necessary because the guidelines are only a policy statement.  This wasn’t very persuasive, and an already-skeptical Judge Hanen didn’t buy it.

I think DHS could have strengthened its APA arguments by invoking specific APA exceptions that better fit the nature and purpose of the guidelines.

I’ve recently written an article about one of these, the exception for “military or foreign affairs functions” in 553(a)(1).  This national security exception isn’t often litigated, but the government relies on it all the time and has invoked it successfully for immigration rules several times.  Multiple courts held that the exception applied to rules tightening restrictions on Iranian nationals in the wake of the hostage crisis in 1980.  And following 9/11, the Second Circuit held that the exception applied when the INS designated countries whose citizens living in the U.S. must report for registration and fingerprinting.  Moreover, as I discuss in my article, the national security exception has been successfully invoked by agencies to uphold rules issued without notice-and-comment, even when the agency failed to invoke the exception when issuing the rule.  This argument wouldn’t have been a slam-dunk for the government by any stretch: some courts have balked at applying the exception to immigration rules.  But the closer linkage between national security and immigration in the post-9/11 policy landscape certainly warranted giving it a try.

DHS could also have invoked the “good cause” exception in 553(b).  “Good cause” has been successfully invoked for many different reasons—for emergencies, most often, but also when the notice-and-comment process would thwart the purpose of the rule.  The government could have made this argument:  one purpose of DACA and DAPA is to bring undocumented immigrants out of the shadows by providing them relief from prosecution or removal; but in order to participate meaningfully in the process of commenting on the proposed rules, the immigrants who would benefit from them must come out of the shadows.  In such situations, agencies will issue "interim final" rules, which take effect immediately, with notice-and-comment occurring afterward.

Again, these arguments aren’t slam-dunks, but they should have been made.  In addition to a Fifth Circuit Appeal, should DHS simply re-issue the guidelines and specifically invoke these exceptions, and perhaps others as well?