Immprofs from around the country have descended on the Mile-High City to participate in the DU Law Review Symposium on CrImmigration: Crossing the border between criminal law and immigration law.

Kevin Johnson started off the symposium this morning, talking about his work Racial Profiling in the 'War on Drugs' Meets the Immigration Removal Process: The Case of Moncrieffe v. Holder. Readers of this blog are no doubt familiar with Moncrieffe v. Holder and its categorical approach. Johnson's work doesn't focus on this, but rather the underlying arrest of Moncrieffe.

The facts of the arrest are really fascinating. The arresting officer pulled over "two B/Ms" (Black Males) driving on the interstate. It was midnight, but the arresting officer pulled them over based on allegedly over-tinted windows. After stopping the car, the officer questioned Moncrieffe and his fellow passenger extensively, ultimately searching the car and finding the marijuana cigarettes that led to his deportation. It seems clear that the stop was not really about the windows but rather an ongoing drug interdiction effort by the officer. It seems equally clear that Moncrieffe's race influenced his stop, search, and arrest. And it was that arrest that led to Moncrieffe's immigration woes. 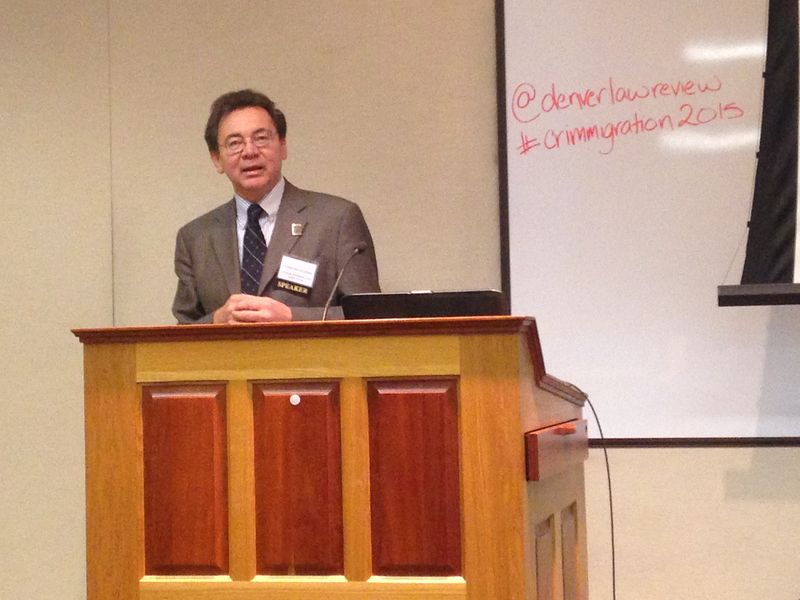