Immigration Article of the Day: Children’s Migration to the United States from Mexico and Central America: Evidence from the Mexican and Latin American Migration Projects by Katherine M. Donato and Blake Sisk 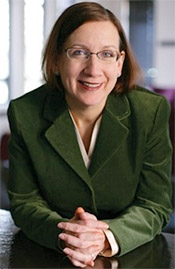 Children’s Migration to the United States from Mexico and Central America: Evidence from the Mexican and Latin American Migration Projects by Katherine M. Donato and Blake Sisk

In light of rising numbers of unaccompanied minors at the Mexico-US border in 2014, this article examines child migration from Mexico, Guatemala, El Salvador, Costa Rica, and Nicaragua. Using data from the Mexican and Latin American Migration Projects that permit us to go beyond simple descriptive analysis about children apprehended at the border, we investigate the extent to which children from these countries: 1) enter without legal authorization to do so; 2) are more likely to cross the border now than in the past; and 3) are tied to their parents’ migration. In theory, if immigration and refugee protections worked well for children and offered them legal pathways to reunify with their families, then we would expect low levels of unauthorized entry and no dramatic shifts over time. However, our examination of child migration shows that it is strongly linked to unauthorized entry, period of entry, and parents’ US experience.

The findings show that the migration of children is closely linked to their parents’ migration history. Although the overall likelihood of a Mexican child making a first US trip is quite low, it is practically non-existent for children whose parents have no US experience. Thus, the increase in child migration from Central America, and the continued high levels of child migration from Mexico result from widespread migration networks and the United States’ long-standing reliance on the children’s parents as immigrant workers. The findings suggest that these children need protection in the form of family reunification and permanent legal status.