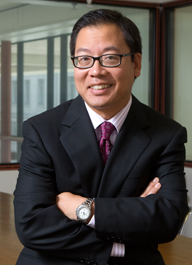 Abstract: In the last decade, federal prison populations and deportations have both soared to record numbers. The principal cause of these sharp increases has been the leveraging of prior criminal convictions – mostly state convictions – into federal sentencing enhancements and deportations. These increases are controversial on political and policy grounds. Indeed, the political controversy has overshadowed the fact that the Nation’s Article III and immigration courts have struggled with an exquisitely difficult set of technical problems in determining which state criminal convictions should qualify for federal sentencing enhancements and/or deportation. The crux of the problem is that the underlying crime can be viewed in a fact-sensitive manner – which usually benefits the government – or in an abstract, “categorical” manner – which usually benefits the individual. In two recent decisions, Descamps v. United States and Moncrieffe v. Holder, the U.S. Supreme Court has squarely sided with a categorical approach. Yet the implementation of a categorical approach faces three huge challenges: first, it cuts against the widely shared intuition that just punishment should turn on the facts of the case in question; second, it presupposes that federal courts will always be able to ascertain the essential elements of state offenses; and third, a categorical approach resists application to a significant number of existing federal statutes. This Article sketches out a coherent framework for administering a categorical approach across both federal sentencing and immigration, in the process reconciling seemingly inconsistent Supreme Court decisions and suggesting how several circuit splits should be resolved.