From the Bookshelves: Supreme Ambitions by David Lat 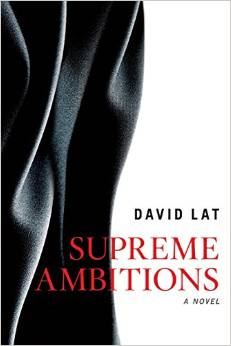 Do you like law school and judicial law clerk gossip?  Want to imagine how cut-throat the federal clerkship world is for the elites vying for coveted Supreme Court clerkships?  Want to read about real-life famous Ninth Circuit judges veiled in slightly different names but who are certainly recognizable?  (Who might the liberal lion of the Ninth Circuit, Sheldon Gottlieb, be? Who is the law professor named Sherwin Lin who is appointed to the California Supreme Court after a failed Ninth Circuit nomination? ).   Interested in seeing how Yale Law grads see the world?  Want an idea of how the Ninth Circuit, which decides more immigration cases than any other circuit, decides cases?

If your answer to any of these questions is "yes," then Supreme Ambitions by David Lat, founder of Above the Law, may be the book for you!  The book, which has received favorable reviews, details the kind-of-fictitious rise of Audrey Coyne, a recent Yale Law School graduate who dreams of clerking for the U.S. Supreme Court. Audrey moves to California to clerk for Judge Christina Wong Stinson, a highly regarded appeals-court judge who is Audrey’s ticket to a Supreme Court clerkship. While working for the powerful and driven Judge Stinson, Audrey discovers that high ambitions come with a high price. Toss in some headline-making cases, a little romance, and a pesky judicial gossip blog, and you have a legal novel with the inside scoop you’d expect from the founder of Above the Law.

After reading the book, I wondered whether Audrey Coyne is the Yale Law counterpart of Howard Roark in Ayn Rynd's classic book The Fountainhead. 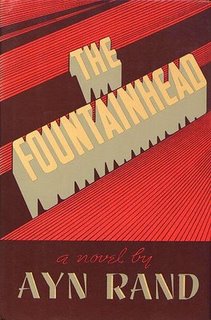