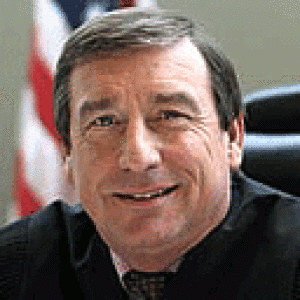 Julia Preston of the New York Times (and many other news outlets, here, here, here, here) reports that a federal court in Texas late yesterday ordered a temporary halt to one of President Obama’s latest executive actions on immigration, siding for now with Texas and 25 other states that filed a lawsuit.

Judge Andrew S. Hanen in the Southern District of Texas (Brownsville), described by Preston as "an outspoken critic of the administration on immigration policy," entered a preliminary injunction barring temporarily the Obama administration from implementing  the new deferred action program announced last November that would offer limited relief from removal and work permits to certain categories of undocumented immigrants.  The ruling expressly states that it does not affect the Deferred Action for Childhood Arrivals program announced in 2012 and DACA renewal.  The ruling also does not affect other policy changes announced by President Obama in November 2014, including the dismantling of the Secure Communities program, the policy statement on removal priorities,  and related matters.

Here is the court's summary of its order.  The detailed 123 page explanation is here.

In a nutshell, the district court found that the states had standing to bring the suit (with injury including increased state monies to be paid due to the deferred action program for, among other things, issuing driver's licenses) and that the states had established the requisite likelihood of success on the legal merits of the claim that the administration in implementing the program failed to comply with the notice and comment requirements for rulemaking under the Administrative Procedure Act.  The court entered a preliminary injunction barring the implementation of the expanded deferred action program known as DAPA, which had been slated to go into effect on February 18.  DHS Secretary Jeh Johnson has said that the agency now will not be accepting DAPA applications tomorrow.

The district court ruling is relatively narrow in scope, focused on standing and the APA legal challenge to the DAPA program.  Although there no doubt will be -- and already is -- disagreement about the ultimate conclusions reached by the court and the preliminary injunction issued, the narrow scope of the court ruling in likelihood will make it more defensible on appeal to the U.S. Court of Appeals for the Fifth Circuit.

In response to the district court's ruling, the White House released the following statement:

"The Supreme Court and Congress have made clear that the federal government can set priorities in enforcing our immigration laws—which is exactly what the President did when he announced commonsense policies to help fix our broken immigration system. Those policies are consistent with the laws passed by Congress and decisions of the Supreme Court, as well as five decades of precedent by presidents of both parties who have used their authority to set priorities in enforcing our immigration laws.

The Department of Justice, legal scholars, immigration experts, and the district court in Washington, D.C. have determined that the President’s actions are well within his legal authority. Top law enforcement officials, along with state and local leaders across the country, have emphasized that these policies will also benefit the economy and help keep communities safe. The district court’s decision wrongly prevents these lawful, commonsense policies from taking effect and the Department of Justice has indicated that it will appeal that decision." (emphasis added).

For Lyle Denniston's summary of the ruling on SCOTUSblog, click here.

It is important to remember that the district court ruling is only the beginning of process.  There will be further proceedings in the district court.  DOJ has promised to appeal the ruling, presumably to the Fifth Circuit.  DOJ could seek an emergency stay of the district court order.  The loser on the preliminary injunction in the court of appeals could seek review in the U.S. Supreme Court.  We are unlikely to get a final resolution for several years.