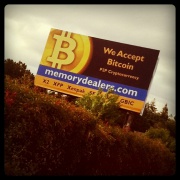 ImmigrationProf has previously reported on the increase in Americans relinquishing their U.S. citizenship (and obtaining tax benefits).  Here (and here) is a story showing some of the possible complications of expatriation.

Roger Ver , sometimes referred to as the "Bitcoin Jesus," in 2014 renounced his citizenship and moved to St. Kitts, a tropical island with almost no taxes. He is upset because the United States denied him a nonimmigrant visa to attend and speak at a Bitcoin conference in Miami.  The reason offered for the visa denial -- he doesn’t have sufficient “ties” to his country of residency in the Caribbean and has not demonstrated he has “the ties that will compel [him] to return to your home country after your travel to the United States,” according to a picture he tweeted of a letter that appears to be from the embassy. In short, U.S. officials are worried that Ver might choose to overstay the terms of any visa.