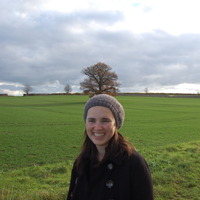 Abstract: This article seeks to address the policies, practices, and conditions of immigration detention in Canada. The article surveys detention worldwide, its promulgation in Canada, and changes ushered in via 2012 policy innovations. Focusing on mandatory detention and its relationship to the Designated Countries of Origin policy, the article also demonstrates the disproportionality of the Canadian government’s response to recent arrivals of people migrating by boat. The article emphasizes the dangers of establishing mandatory detention provisions and questions the justifications provided by defenders of the policies.

Abstract: As an immigration enforcement tool, the "mandatory detention" statute requires that noncitizens convicted of certain crimes in the United States be subject to mandatory immigration "custody." The Department of Homeland Security's ("DHS") current interpretation of the statute, however, requires that individuals falling within the mandate be institutionally-detained. This Paper contends that DHS may use Alternatives to Detention ("ATD") programs involving such measures as electronic monitoring and remain in compliance with the current version of the statute. The Paper provides a comprehensive review of Congress's use the terms "detain" and "custody" within this and other related provisions of the Immigration and Nationality Act ("INA"); the legislative history of the laws which enacted the statute; arguments demonstrating that DHS may appropriately rely on habeas corpus jurisprudence in interpreting the statute's key term; this interpretation's consistency with recent Board of Immigration Appeals ("BIA") precedent; an immigration court case exemplifying how "custody" may be interpreted to allow ATD programs for those subject to the statute; and an overall analysis of how this interpretation would further the purpose of the statute itself.