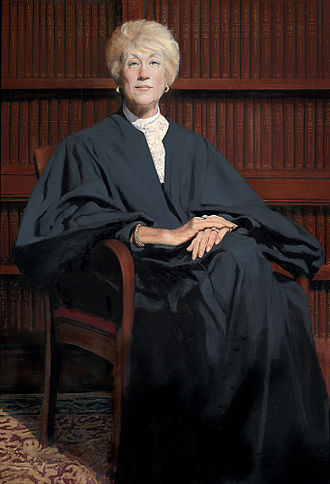 For those of us who know and do not love the expedited removal statute - 8 U.S.C. 1225b - a new ruling showcases both the statute's shortcomings and how a judge with guts can expose and exploit those shortcomings for the sake of justice. Kabenga v. Holder (SD New York 2015) concerns an alien who had been living peaceably in the US for thirty years, twenty of them as an LPR, when he was convicted of an assault and deported in 2012. In July 2014, he landed at JFK, mistakenly assuming he'd served a proper banishment and would be welcomed back. Not so. He was put in front of an immigration judge who affirmed an expedited removal. Kabenga filed for a writ of habeas corpus, contending that his 2012 conviction should not have triggered deportation because the conviction was bogus. His original removal, thus, was bogus and he was still an LPR. And an LPR can not be removed via an expedited removal.

The incomparable Judge Shira Scheindlin made two important rulings. First, she granted Kabenga a stay of removal under the Nken factors, pointedly suggesting that after the Office of the Solicitor General's misrepresentations to the Nken court, she wasn't going to risk sending Kabenga out of the country to fight to stay in the country. She did so in spite of 1252(e)(1) which the government has cited again and again as a block to stays or any other "injunctive" relief after an expedited removal has been issued. Secondly, she directly addressed the absurd tension between the limited habeas review provision of 1252(e)(2)(C) and the prohibition on determination of admissibility that appears at 1252(e)(5). Scheindlin performed an exhaustive review of every expedited review case in existence and rightly decided that unlike garden variety cases involving aliens seeking an initial legal admission or favourable status, Kabenga had already been admitted to the United States. His admissibility wasn't in question. Before his 2012 removal, he had lived in the US for twenty years. If he was still an LPR, he couldn't and shouldn't be removed without proper judicial review and intervention.

Kabenga is a significant case because it enhances judicial review of expedited removals. Moreover, Scheindlin has affirmed the supremacy of Nken as potential relief in any kind of removal. Her ruling also cracks the door a bit wider for petitioners who either claim that they are not aliens - see 1252(e)(2)(A) -  or resident aliens who feel they deserve a more involved proceeding than an expedited removal because they had previously been lawfully admitted to the United States. For Canadians and Mexicans who can be quickly hustled back across the border in a matter of minutes, securing detention long enough to file with a US district court for a stay should now be allowed. A note of caution, though. A citizenship claim in an expedited removal proceeding is risky business; you could well be charged with a false claim if you don't have evidence at hand or you could put in front of an immigration judge. If he or she denies your claim, further judicial review is prohibited by law and you get the bum's rush.