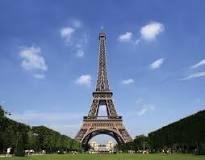 ImmigrationProf in recent weeks and months has reported on the ferment over immigrant -- and the growth of popular anti-immigrant movements -- in Europe, including Switzerland, Sweden, and especially Germany.  For analysis of the national dialogue of immigration and national identity in Germany, see this New York Times story.

It seems doubtful that tensions will calm after today's attack and killings in Paris.  For an editorial blaming immigration of Muslims into Western Europe for the rise in terrorism, click here.