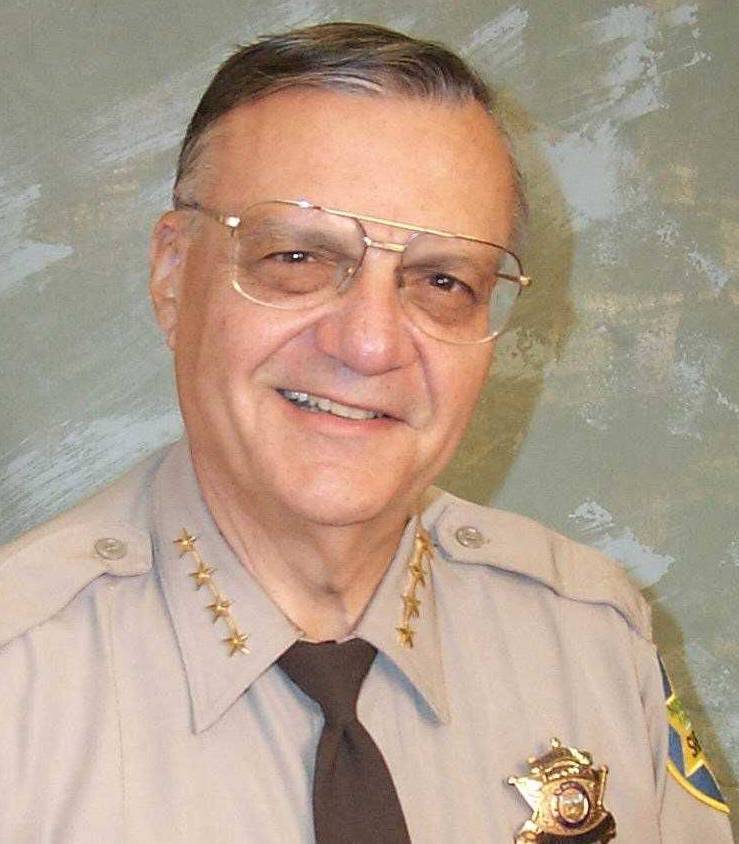 Maricopa County, Arizona Sheriff Joe Arpaio has frequently been in the news, including for a high profile court loss in which the office was found to have engaged in teh unconstitutional racial profiling of Latinos in the name of immigration enforcement.  His lawyer have filed papers in the case Puente v. Arpaio announcing his plan to terminate the criminal employment squad that has, for the past six years, conducted workplace raids on local businesses and arrested workers under felony identity theft charges.
The announcement that Arpaio is disbanding the criminal employment squad came in response to a lawsuit brought by the community organization Puente, its members and a Phoenix pastor, Rev. Susan Frederick-Gray. They are represented by the UC Irvine School of Law Immigrant Rights Clinic, the ACLU of Arizona, the National Day Laborer Organizing Network and attorney Ray Ybarra Maldonado. The lawsuit charges that the two identity theft statutes passed by Arizona legislators in 2007 and 2008 and used by Arpaio and other agencies to arrest and prosecute hundreds of undocumented workers are unconstitutional. A motion for a preliminary injunction is pending in the case.
The Associated Press writes, "The ID theft cases marked Maricopa County Sheriff Joe Arpaio's last major foothold in immigration enforcement after his powers to enforce such laws have been curtailed in recent years."
“This could not have been possible if not for the courage of undocumented workers who came forward to challenge the workplace raids. The community targeted by Arpaio's war of attrition is turning the tables on the Sheriff,” said Carlos Garcia of Puente Arizona. “Arpaio also announced he is proceeding with one last investigation that will end early next year. If this is an attempt to sow more fear among members of our community in the holiday season, it’s a cynical move. We will continue to fight because even one more raid is unacceptable."
Annie Lai, a director of the UC Irvine School of Law Immigrant Rights Clinic and an attorney in the case, said, “Arpaio is a man who has shown his word is not enough. This announcement certainly does not resolve the suit, and we will continue with the case until we get an enforceable order from the federal court.”
The details on the court case can be found here.
KJ