True or False? New Detention Center is a Deterrent to Border Crossings 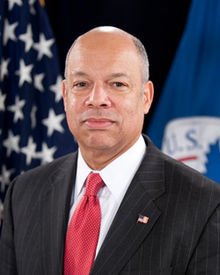 Julia Preston reports that Jeh C. Johnson, the secretary of Homeland Security, visited Dilley, Texas on Monday to open the country’s largest immigration detention facility.  The Obama administration sought to bolster the southwest border to prevent undocumented immigration. "The 50-acre center in Dilley, 85 miles northeast of Laredo, will hold up to 2,400 migrants who have illegally crossed the border and is especially designed to hold women and their children."  I cannot resist -- That's a Dilley!

While the administration touts detention as a deterrence to undocumented migration, the International Detention Coalition has summarized the reasearch as follows:

◾ May see it as an inevitable part of the journey, and

◾ Do not convey the deterrence message to other back to those in country of origin."