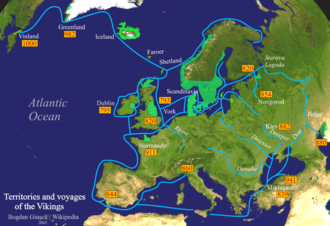 Stephen Castle in the New York Times reports on a disturbing development on Sweden.

With fears of racially motivated violence on the rise in Europe, political leaders in Sweden on Friday condemned a suspected arson attack on Christmas Day at a mosque that injured five people.  Immigration has become a significant political issue in Sweden. The fire broke out at the mosque in a town about 70 miles west of Stockholm.  15 to 20 people were inside the mosque at the time that the fore broke out.

Sweden's justice minister, Morgan Johansson, called the suspected arson “disgusting” and told Swedish Radio News that he hoped the culprits would be arrested.

Sweden historically has been one of the most welcoming nations in Europe for refugees, but migration has become a prominent political issue in recent years. The right-wing Sweden Democrats party, which campaigns against immigration, has become the country’s third largest and recently voted against the national budget, prompting a government collapse and forcing new elections, set for March.

Swedish media outlets have reported that  black swastikas were painted on the front door of a mosque in Stockholm in January, and in December 2013, right-wingers attacked people participating in an anti-racism demonstration in a suburb of Stockholm, injuring three people.

Sounds like not all is perfect in Sweden.  Among other nations in Europe, Switzerland also has experienced anti-immigrant political activity in recent months.

Listed below are links to weblogs that reference Tension Over Swedish Immigration Rises, Christmas Day Arson at Mosque: