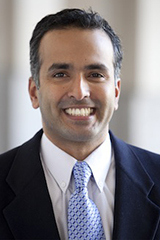 Professor and Associate Dean Karthick Ramakrishan (UC Riverside) and Associate Professor of Law Pratheepan Gulasekaram (Santa Clara) published an op-ed in the San  Jose Mercury News about President Obama's recent executive action.  Contrary to the belief that the President's actions will lead to congressional action, then contend that his actions, instead, will lead states to act.

"[Our] analysis of executive discretion on immigration indicates that presidential action has led to greater policy responses at the state level, what we call a "federalism effect," rather than a legislative response at the national level."

Importantly, they note that, "States are where we see policies that deeply affect the daily lives of immigrants, including those who are beneficiaries of deferred action. It is at this level where activists will likely focus their efforts, and where the interested public would be well advised to pay attention."

Here's the link to the op-ed in its entirety.