Immigration Article of the Day: The Morality of Law: The Case Against Deportation of Settled Immigrants by Doris Marie Provine 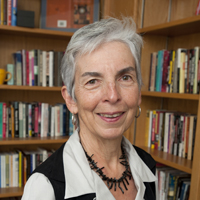 Abstract: Deportation of settled, but unauthorized immigrants offends a basic sense of fairness that citizens apply to each other in law and private life. Fairness in law includes both forgiveness and closure, which are found in ample measure in the domestic law governing crime and punishment, bankruptcy, property, and civil harms. Immigration law remains aloof from this aspect of the mainstream law by virtue of more than century- old court decisions that rest on frankly racist foundations. Those cases draw a thick line between immigrants and citizens based on race, without any constitutional foundation. A more contemporary framing would bring immigration law within mainstream legal principles, including principles of forgiveness and closure. Applied to the situation of settled, but unauthorized immigrants, the power to deport would be restrained by principles that are internal to the morality of law and in line with fundamental principles of human rights.