Brandon Stanton is the photographer behind the Facebook sensation Humans of New York. In 2010, he set out to create an "exhaustive catalogue of New York City’s inhabitants." His work ended up evolving. Photographs are a key part of his project but even more important are the stories he collects from his subjects.

Given the fact that New York City has a level of net international migration more than twice as high as any other U.S. city, it's hardly surprising that a number of HONY subjects have immigration stories to share.

Here are just a few examples: This is the story accompanying the above photo:

“What has been your proudest accomplishment?”
“Surviving in America. I’ll be honest-- I crossed the border about eight years ago. I had no job, no money, no place to live. I spoke zero English. I started as a dishwasher, then eventually got a job working behind the bar. I taught myself English. Now things are going pretty well. I want to open up my own coffee shop one day. I just want my son to have it easier than I did.”
“Were you scared when you were crossing the border?”
“No. I had nothing back then. And it’s hard to be scared when you have nothing to lose.” 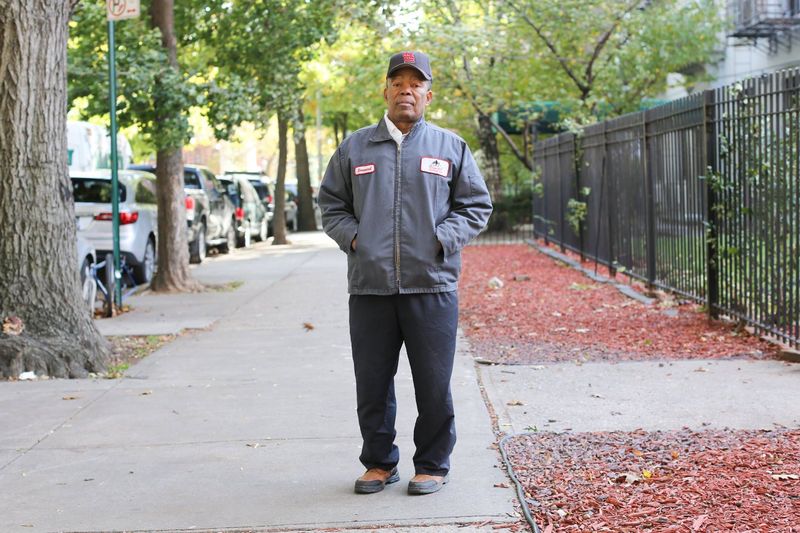 “I grew up on an island off the coast of Honduras, and I came to America on a banana boat when I was very young. I’m the superintendent for some of the apartment buildings around here. I always try to collect the clothing and junk that the tenants throw away, and every couple of months, I pack it into barrels and send it back to Honduras. I especially try to find medical equipment. If a crippled man in Honduras has nothing but a stick, a crutch will change his life.”

Stanton has turned his work into books (here and here) that I imagine would make wonderful holiday gifts.