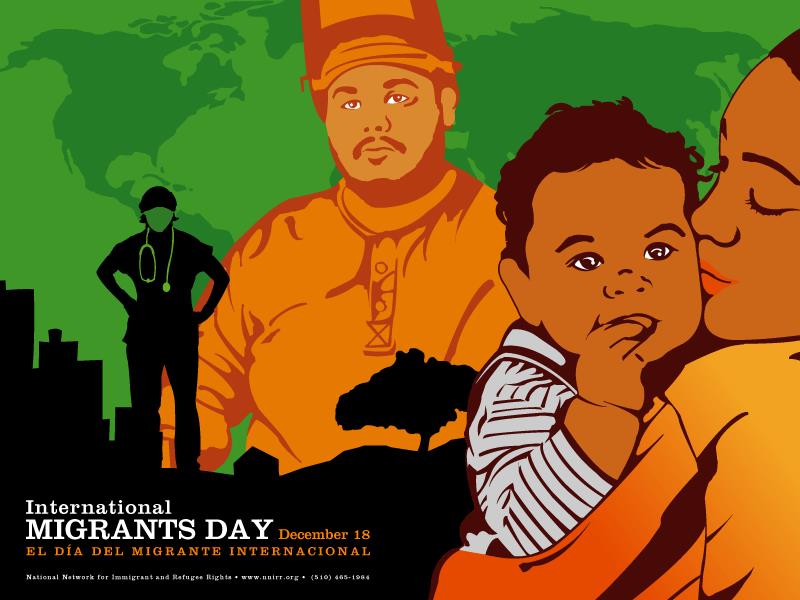 As the State Department said in its press release today:

On International Migrants Day we recognize the millions of people around the world who cross borders in search of a better life and we celebrate their contributions. But this year it is also a day to mourn the thousands whose journeys began in desperation and hope but ended in death.

This year, nearly 5,000 migrants lost their lives, crossing parched deserts, remote mountains, and treacherous seas – twice as many as last year. Deaths at sea surged as record numbers attempted to make it from North Africa to Europe. More than 3,000 migrants drowned when overcrowded, unseaworthy boats capsized or sank in the Mediterranean Sea. The danger is not going away. Poverty, hunger, and brutal wars like the one raging in Syria will continue to drive the exodus. Globally, more people are now forcibly displaced than at any other time since World War II. There are no simple solutions. Opportunities for safe, legal, and orderly migration are limited. The sordid business of human smuggling and trafficking is flourishing – and becoming more institutionalized and profitable. Responding to irregular migration may be politically and logistically difficult, and even migrants traveling legally may face harassment, discrimination, and abuse. But our priority is and must be saving lives.

The United States works bilaterally and multilaterally with the international community to make migration safer and the control of borders more humane. When unprecedented numbers of unaccompanied children risked their lives traveling from Central America to the United States this year, we began new initiatives with Central American governments to address the root causes of this challenge, publicize the hazards, strengthen protection programs, and create safe, legal alternatives for children seeking to join their parents in the United States. Hardship and hopelessness prompt far too many people to forsake their homes and venture into harm’s way. As long as this is the case, migrants need our compassion. Their lives may depend on it.