Endelman and Mehta: States' Challenge to Obama Actions a Waste of Time and Money 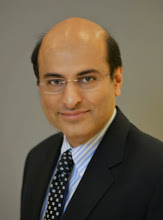 As reported last week on the ImmigrationProf blog, 17 states have filed a legal challenge toi the Obama administration's initaitives on immigration.  Attorneys Gary Endelman and Cyrus Mehta claim that the lawsuit is a wats of time and money.  In analyzing the complaint, they write:

"The complaint essentially alleges that the DHS directive violates the President’s constitutional duty to `take Care that the Laws be faithfully executed' under Article II, §3, Cl. 5 of the United States Constitution. Another basis for the complaint is that under the Administrative Procedure Act, 5 U.S.C. § 553, the President’s executive action is akin to a rule, which needs to be promulgated through notice-and-comment rulemaking. The complaint also cites APA, 5 U.S.C. § 706, which gives a federal court power to set aside an agency action that is, among other things, arbitrary or capricious, contrary to constitutional right or in excess of statutory authority. But it reads more like a white-hot tabloid, and instead of providing a forceful legal basis, loudly proclaims in bombastic fashion several prior utterances of President Obama claiming that he could never bypass Congress." (emphasis added).