Another important aspect of the president's new immigration action is the expansion of Deferred Action for Childhood Arrivals or DACA.

On June 15, 2012, the president announced a new deferred action plan for young people known as DREAMers. He said:

Effective immediately, the Department of Homeland Security is taking steps to lift the shadow of deportation from these young people.  Over the next few months, eligible individuals who do not present a risk to national security or public safety will be able to request temporary relief from deportation proceedings and apply for work authorization.

That same day, Janet Napolitano, then Secretary of Homeland Security, issued a policy memorandum describing the limits of this new plan. And the USCIS soon thereafter released FAQs outlining the programs boundaries. It provided deferred action and work authorization for individuals who were under the age of 31 on June 15, 2012, entered the United States before June 15, 2007 (5 years prior) as children under the age of 16, and met specific educational and public safety criteria.

The new policy rolled out on Thursday changes two of those criteria: age and duration. It expands DACA to cover individuals of any age. And it expands DACA to include young people who have been present in the United States since January 1, 2010.

It also changes the length of deferred action and work authorization from two years to three.

The most visible beneficiary of these changes will be Jose Antonio Vargas. In 2011, Vargas outed himself as undocumented in the New York Times magazine with an article titled My Life as an Undocumented Immigrant. He followed that piece with a powerful documentary released this past July: Documented. He has since launched Define American, "a media and culture campaign using the power of story to transcend politics and shift conversation around immigration, identity, and citizenship in America."

I have no doubt that Vargas' powerful personal story and his relentless advocacy played a role in the recent changes.

Vargas has said that when he obtains DACA status and travel authorization, he will return to the Philippines to see his mother for the first time in 21 years. 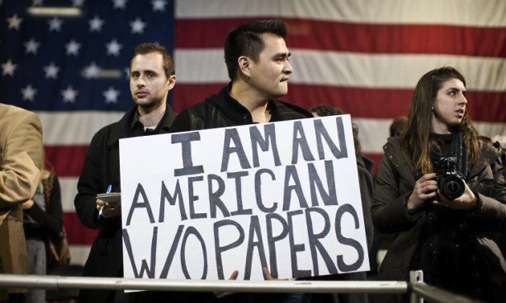