Previous Immigrant of the Day Excels, Graduates from UC Berkeley 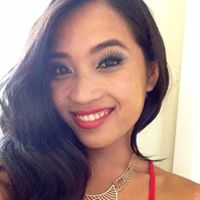 Here is an update on a previous Immigrant of the Day, Kiki Vo, Vietnam.  In 2010, the ImmigrationProf blog featured Kiki as the Immigrant of the Day.  We reported that she had endured incredible hardships and remained in pursuit of nothing less than the American Dream. At the time, Kiki was finishing in Sacramento, had been accepted to the University of California, Berkeley, and had honored by local organizations for her volunteer work.  Kiki also had been badly burned in a house fire that killed her mother and scarred two of her sisters nine years ago in Vietnam. A nonprofit organization paid for her father, Chu Vo, to take three of his daughters to a Shriners hospital in Boston. Chu and three of his daughters moved to Sacramento in 2004 to be seen at Shriners Hospitals for Children. Kiki and her two sisters underwent more than 60 surgeries, which Shriners hospital provided at no cost. Chu, who worked long hours doing odd jobs, stressed to his daughters the need to focus on their education. He tucked away as much money as he could so he could send the girls to college. Then Chu Vo got sick and died.

Out of the blue, I received this e-mail the other day:

I hope this e-mail finds you well. My name is Kiki Vo and you wrote a small blog about me titled "Immigrant of the Day: Kiki Vo (Viet Nam)" in 2010. I know this is so random and comes as a surprise but I just want to say thank you for that post. I truly appreciate you for your kind words and your belief in me. Additionally, I want to update you that I have graduated from UC Berkeley this past May! I still can't believe that I did it! I did not let my undocumented status stop me from completing my undergraduate and I'm excited to let you know that I am currently applying to graduate school! YAY!
Thank you for your support back then. It feels nice to know that there are individuals like you who believe in students like me. I hope you have a beautiful rest of the day.
With love,
Kiki Vo
--
In Unity,
Huyen Kiki Vo
Social Welfare | Education Minor
University of California Berkeley 2014
Intern* || Multicultural Immigration Students Program
(MISP) 2011-2014
Scholar* ||Summer Undergraduate Research Fellowship
(SURF) 2013-2014
Co-Coordinator* || Southeast Asian Prison Outreach Project
(SEAPOP) 2012-2014
Congratulations to Kiki Vo.  Her e-mail made my week.
KJ