Part of the Obama Plan: The End of Secure Communities 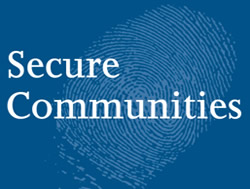 One part of the new immigration action announced by President Obama and outlined in detail by DHS is the end of a federal program called Secure Communities, also known as S-Comm.

Secure Communities was created in 2008. It enabled local law enforcement to forward the fingerprints of every individual arrested and booked into custody to federal authorities so that they could be checked against immigration records. If it was determined that the fingerprints matched an individual without authorization to remain in the country, ICE could issue a detainer - essentially asking the local authorities to continue hold the individual until they could be picked up by ICE, who would begin the process of deportation.

The 2008 pilot program operated in just 14 jurisdictions. It expanded exponentially from there to reach thousands of jurisdictions.

One of the reasons local authorities disliked S-Comm was because it triggered ICE notification based on arrest and booking - not convictions. After all, not everyone arrested is convicted of a crime. They may not even be charged with a crime. And so the program had the effect of chilling relationships between law enforcement and immigrant communities.

Another problem with S-Comm had to do with the ICE detainers. There was a question about whether these detainers were voluntary. In a February 2014 letter to Representative Mike Thompson, ICE confirmed that the detainers were voluntary. Soon after, the Third Circuit agreed. And in Oregon, a plaintiff was awarded damages under 42 USC § 1983 after being held on a ICE detainer after she could have been released on bail. The Oregon decision led sheriffs around the country to publicly announce their refusal to hold people based on ICE detainers because of a fear of civil liability.

All of which brings us to the president's announcement on Thursday. Jeh Johnson, the Secretary of Homeland Security, has issued a new policy memo. The first words of the memo are: "The Secure Communities program, as we know it, will be discontinued." He goes on to say:

The goal of Secure Communities was to more effectively identify and facilitate the removal of criminal aliens in the custody of state and local law enforcement agencies. But the reality is the program has attracted a great deal of criticism, is widely misunderstood, and is embroiled in litigation; its very name has become a symbol for general hostility toward the enforcement of our immigration laws.

DHS will continue to assess fingerprint data for local law enforcement. But

unless the alien poses a demonstrable risk to national security, enforcement actions through the new program will only be taken against aliens who are convicted of specifically enumerated crimes.

This is a momentous change. In keeping with the president's promise to deport "felonies, not families," individuals who have not been charged with or convicted of a crime will no longer be swept up by local law enforcement - regardless of their immigration status. The promise appears to be a focus on those convicted of serious crimes.

If in special circumstances ICE seeks to issue a request for detention (rather than a request for notification), it must specify that the person is subject to a final order of removal or there is other sufficient probable cause to find that the person is a removable alien, thereby addressing the Fourth Amendment concerns raised in recent federal court decisions.

This is a sea change that is to be commended.

Rachel Rosenbloom also comments on the end of Secure Communities at http://blogs.lse.ac.uk/usappblog/2014/11/22/president-obamas-immigration-plan-may-signal-a-move-away-from-punitive-enforcement-policies/