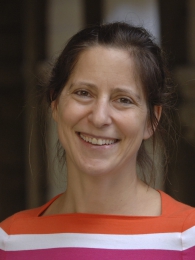 Abstract: The paper examines the way states use space in order to escape human rights obligations. In particular, I focus on one method of architecting space – the building of border walls as an immigration control policy. In recent years, such walls have been installed at an unprecedented rate in order to control inflow of irregular immigrants into wealthy countries. Examples include the US-Mexico Wall, the Israel-Egypt Fence and the two fences that Spain has erected in North Morocco to close off its territories – and thereby Europe itself – from Africa. At the moment, these walls are left largely unregulated by human rights courts and quasi-judicial bodies. But they present adjudicatory institutions with a choice between two contradictory doctrinal traditions: (i) a statist framework that assigns to the state sole authority over immigration, and (ii) a human rights tradition that begins from considerations of the fundamental rights of all individuals and that is external to states’ interests. The former is about exclusion: a state can use a wall built on its own territory to control entry and access to services. The latter is about universal rights that are divorced from territoriality; a state cannot erect a wall to sidestep its obligations under human rights and refugee law. Both systems can be justified, but they cannot easily coexist. Faced with this irreconcilable tension, I use a systematic analysis of jurisprudence on the international, regional and national level to map out three possible approaches that a human rights court can take for the regulation of such border walls. I argue that none of the approaches can be normatively supported. But the current status quo – i.e. leaving walls unregulated – is itself normatively worrisome: it punishes the right people (those whose substantial circumstances merit protection) and rewards the wrong people (those who have the capability to enter, whether due to age, resources, or gender, but whose predicament may not actually call for protection).